What’s the difference between automation and robotics?

How do we define automation?

First, we’ll look at defining automation. What does automation mean? How and why are countless organisations across the world using automation?

Automation (here we can use the specific term ‘industrial automation’), refers to a whole field of computers, systems and information technologies which handle processes automatically. In manufacturing and other production processes, automation allows tasks to be performed quickly, accurately, and without error.

Automation truly revolutionised car manufacturing and other manufacturing and production processes across the world and in all sorts of industries. In fact, automation was introduced in embryonic form with the classic automobile company Ford back in 1962. This new form of automation enabled Ford to achieve higher productivity levels while also being able to focus on other (perhaps more valuable) areas of the business.

Robotics can be seen as more of a branch of engineering which allows programmable machines (otherwise known as robots) to carry out repetitive tasks more or less autonomously. Robotics utilises several different disciplines to operate robotic machines. It helps build, program, and actively use robotic machinery to complete tasks. For example, car companies that use car manufacturing robots will use them to speed up processes and increase productivity on production lines that years ago may have been carried out manually by humans.

The accelerated use of robots in manufacturing has meant that manufacturing processes have sped forward like never before. The same can be said for robotics in industrial automation – this, of course, is an area where confusion between the two is more easily understood.

In the next section, we’ll look at exactly how automation and robotics are different.

How are automation and robotics different?

Both have a similar and unifying goal in mind: to improve productivity by speeding up the completion of repetitive tasks while, at the same time, making such tasks safer and of a consistently higher quality.

Robotics deal more with physical machines, and the mechanical technologies that come with that be it sensors or motors. Once they are programmed correctly, they can be left to perform tasks autonomously.

By contrast, automation deals with the big picture and oversees the whole process. In that sense, you could say that robotics is simply a facet of automation. There are generally two types of automation: industrial automation and software automation.

Both automation and robotics could help your business 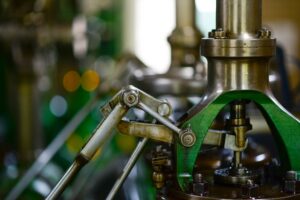 Whether you’re looking to ramp up productivity or simply reduce the time spent on laborious tasks, automation and robotics services could help your business save time and money.

Browse our range of Robotic & Automated Spray Systems for more information on how our products could benefit your business. There are plenty of integration options available, from a full robotics installation to small-scale and gradual implementation.

You could reduce labour costs, reduce waste, and achieve real energy-efficiency. In fact, automated equipment have helped many of our customers achieve these goals and more (take a look at our case studies for more details).

In the meantime, we’re available to discuss your options on 01706 363555 or by emailing sales@junair.co.uk. You can also find our enquiry form here.